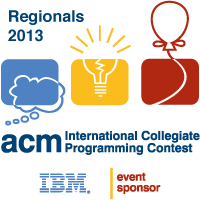 Road maintenance on the Rotterdamseweg

During the contest weekend there is road maintenance on the Rotterdamseweg. Travelinformation has been updated. A visual map can be found here.

To Delft by Car

Set your navigation software to Drebbelweg 5, Delft. In the last 5 years the main road to the University campus (Mekelweg) has been closed, follow these instructions if your navigation system hasn't got this change incorporated yet.

Parking on the Campus is free.

Planning your trip is possible from the website of the Dutch Railways.

Bus Line 121 and 69 (only on Friday) stops very close to the contest site by bus stop Aula TU. Bus tickets cost € 2 per person per trip.

To the Netherlands by airplane

The are two airports close by to Delft.

Amsterdam Schiphol airport is the major airport hub in the Netherlands and has its own train station (Schiphol). Travel time by train takes 30 to 45 minutes and one transfer has to be made on either Leiden or Den Haag HS. More information on planning your train trip can be found on the website of the Dutch Railways.

Rotterdam-The Hague airport is a very small airport with mostly price fighter airlines. From Rotterdam airport you have to take the bus (line 33) to Rotterdam Central Station (approximately half an hour)and take the train to Delft in 10 minutes.